Graduating with a BA of Visual Arts from the University of Tasmania, Australia she continued on to study Screen production at the International Film School in Queensland, Australia which she finished with an outstanding achievement award. She has worked on many productions since 2008, including children’s TV pilots, Music Videos ,short and feature Films.In 2013 she founded wordcolorstudio berlin.
She is currently working with Perfect Entropy Productions as an Associate producer on the feature “ All tomorrows children” and the new feature Film “ Rheinland” which is produced by Mokoari Street Production. 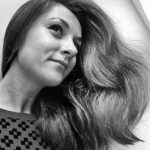