Rheinland tells the story of the so-called “Rheinlandchildren” through the eyes of 12-year-old Joachim, the son of the Senegalese Awa and the German Annemarie. Joachim is forced to deal with his identity when his family’s village becomes more hostile.

Afro-German tragedy in the Rheinland During the first World War, the French government forced African men – many coming from Senegal or Cameroon – from their colonies to fight for the French army in the Rheinland. ​In 1919, there were between 25,000 and 40,000 African soldiers from the colonies based in Rheinland. In 1937 the so-called Commission Number 3 was instated, which had the secret order to sterilise all so-called “Rheinlandbastards”, a derogatory term used for the offspring of white German women and African men. Local officials reported the “Rheinlandbastards” living under their jurisdiction, and with their help, many children were forcefully sterilised or disappeared forever. In “Mein Kampf” Hitler referred to them as contaminators of the white race “by Negro blood on the Rhine in the heart of Europe.” 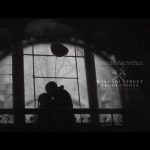 “For those whose God is dead”Feature Film 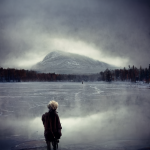